Cover Reveal and Guest Post: The Revenant by Elise Abram 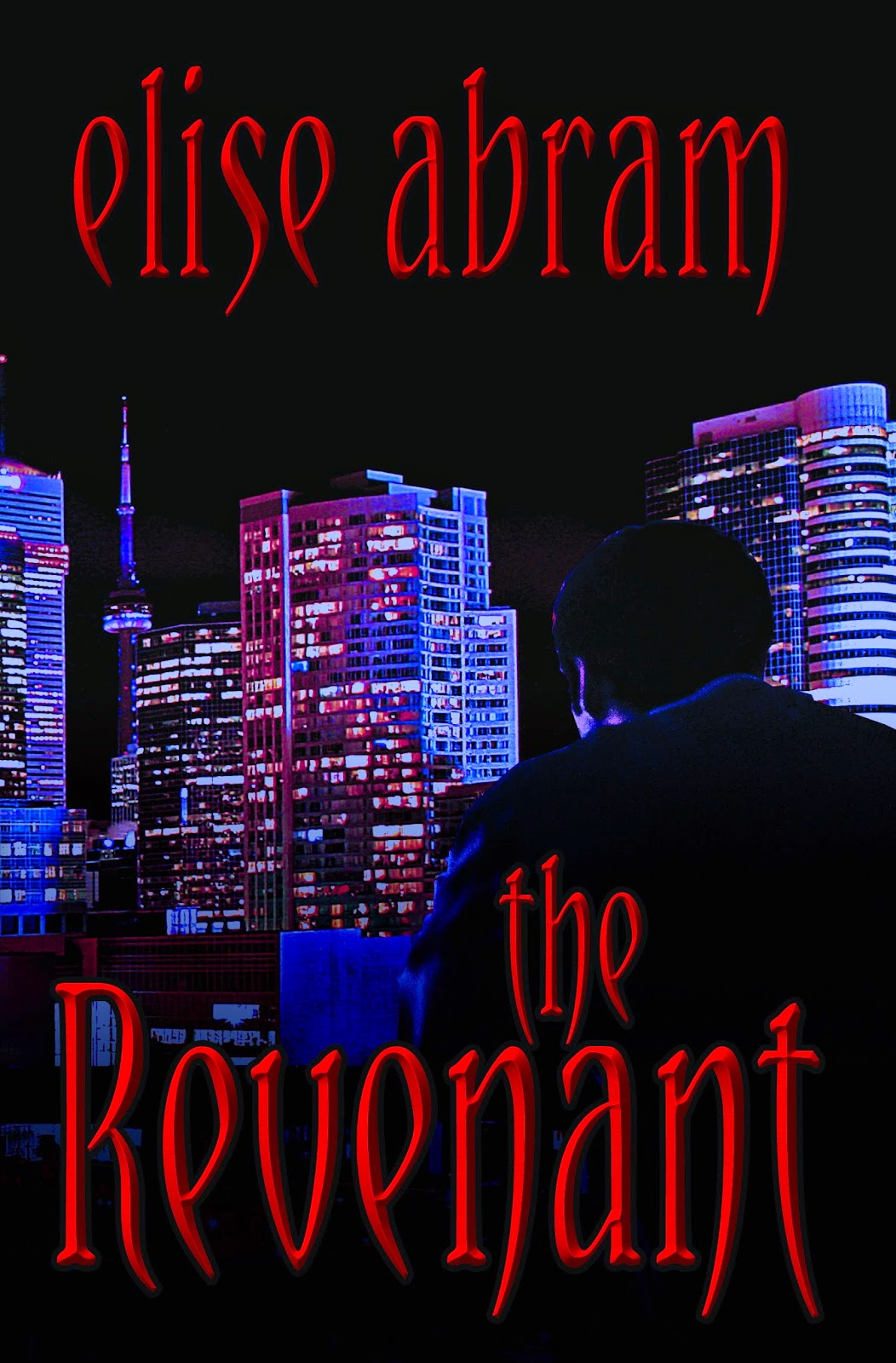 Summary: He wears neither cape nor cowl, but Zulu is a superhero, nevertheless.
Raised from the dead as a revenant more than a hundred years ago, Zulu possesses Spiderman’s stealth, Superman’s speed, and Batman’s keen intellect. His only companion is Morgan the Seer, an old man cursed with longevity and the ability to see the future in his dreams. Zulu has spent the last century training with Morgan in order to save the people in his nightmares from certain and violent death. Branded a vigilante by the Media, Zulu must live his life in the shadows, travelling by night or in the city’s underground unless his quest demands otherwise.
Kat is an empath, someone who sees emotions as colourful auras. Relentlessly bullied by her peers, and believing her life amounts to nothing but a huge cosmic mistake, she finds purpose in her abilities when she is recruited to help Zulu and Morgan complete their missions.
Malchus is  Morgan’s long dead twin brother. A powerful necromancer, Malchus manages to find a way to return to the living, and he has a score to settle with Morgan. Believing Morgan responsible for his death and out to seek revenge, Malchus begins to raise an army of undead minions and use them to hunt Morgan down. As Malchus closes in on Morgan and his charges, the trio soon realizes the people most in need of saving are themselves.
Buy Links:
On Black Rose Writing (my publisher): http://www.blackrosewriting.com/childrens-booksya/the-revenant
Amazon: http://www.amazon.com/Revenant-Elise-Abram/dp/1612963838/ref=sr_1_1?s=books&ie=UTF8&qid=1405349753&sr=1-1

A Plethora of Paranormal Players - Character Development in The Revenant

When I set out to pen the YA paranormal novel that would become The Revenant, I wanted to write about vampires. The trouble is everyone was writing about vampires at the time, from Anne Rice's return to her Vampire Chroniclesseries, to the "Twilight" series of movies, "Vampire Diaries" on television, and Charlaine Harris's winding down of the Sookie Stackhouse novels. The vampire trend was hot, but the market was saturated. I knew that if I were to write a paranormal novel, I would have to bring something new to the existing canon.

In my research I read about revenants. Like vampires, revenants were thought to be real at one time. Also like vampires, they were believed to have returned after death. The treatment for both was the same: exhumation and decapitation. The main difference was that there wasn't a lot out there on revenants, and that meant I could mould them into virtually anything I wanted. I made my main character, Zulu, the revenant in the story. Because revenants were supposed to have died violent deaths, he was trampled by his horse. I made it tragic having it happen on his way to elope with his girl. To appeal to the male readers I made Zulu worship superheroes and imagine himself as them at various points in the book.

To appeal to the female readers, I made Kat the co-protagonist. I wanted Kat to have an ability of some kind and I thought about giving her empathy. Because her empathy might not work if she weren't in close quarters with whomever she was reading, I also gave her the ability to see auras. This comes in handy when Kat helps Zulu find people in a crowd or to identify Malchus's undead souls. Kat soon became Zulu's foil. For example, Zulu is quiet and brooding, Kat is talkative and upbeat; Zulu is a half-empty cynic, Kat is a half-full optimist.

I knew I needed a seer, someone who had visions of the future, so Zulu could go off and fight like the superhero he imagines himself to be. As Zulu's origin story unfolded, Morgan, the seer, became Zulu's father figure and mentor, sort of a Jonathan Kent to Zulu's Clark.

Malchus, Morgan's brother is the bad guy in the archetypal battle between good and evil. I made them identical twins because ever since my daughters were born, I've been fascinated by twins. My daughters were mono-amniotic, meaning they grew in the same amniotic sack. This high-risk situation can happen when the egg splits in the womb later than expected. If the split occurs any later in gestation, there is the risk the babies may be conjoined. A late egg-split is also said to be responsible for mirror twins, a phenomenon where one twin is right handed, and the other left. Other things may also be reversed, such as direction of hair growth or birth marks. Though my own daughters are not mirror twins, I adopted this idea for Morgan and his brother, Malchus. One excels at school, the other has difficulty with book-learning; one is well-behaved, the other is a troublemaker. I also like that when Malchus's personality grows dark, Morgan's grows light--Malchus uses his powers to do harm while Morgan uses his to do good. This sets them up as another set of character foils.

The last character in The Revenant is Father Paul. I find movies like "The Seventh Sign", mini-series like "Fallen", or television shows like "Supernatural", all of which incorporate religious iconography, incredibly interesting.  Though I didn't set out to include a religious aspect in my writing (I'm probably one of the least religious people you'll ever meet), it helps Kat come to terms with her abilities. I also needed a way to defeat Malchus, an evil soul possessing an innocent's body, and an exorcism seemed the best way to do that and leave the innocent unharmed. Who better to conduct a successful exorcism than a priest? I already have ideas for the next novel in the series which sees Father Paul in a much larger role. I can't tell you what that is because I don't want to give away any spoilers. When you read the novel, you should have a better idea of what Father Paul's future role in the continuation of the story might be. 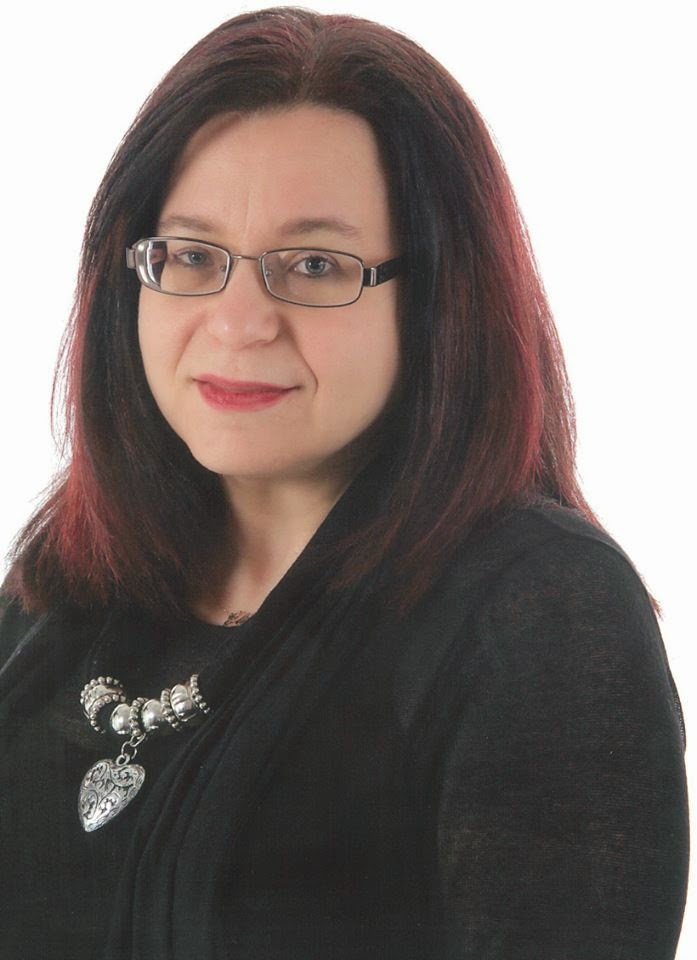 Teacher of English and Computer Studies by day, wife and mother by night and author whenever she can steal some time, Elise Abram is the proud author of Phase Shift, The Mummy Wore Combat Boots, andThrowaway Child, available on Amazon and KoboBooks. She pens a blog about literature, popular culture and the human condition whenever the muse moves her.
Elise's fourth book, a young adult paranormal thriller entitled The Revenant is now available for purchase wherever books are sold!

By Ericka October 20, 2016
(I received this ebook by the author in exchange for an honest review) Goodreads summary:  When Mary Beth McIntire settles into a vacation house on June 2, 2017, she anticipates a quiet morning with coffee. Then she hears a noise, peers out a window, and spots a man in 1950s attire standing in the backyard. She panics when the trespasser sees her and enters the house though a door to the basement. She questions her sanity when she cannot find him. In the same house on March 21, 1959, Mark Ryan finds a letter. Written by the mansion’s original owner in 1900, the letter describes a basement chamber, mysterious crystals, and a formula for time travel. Driven by curiosity, Mark tests the formula twice. On his second trip to 2017, he encounters a beautiful stranger. He meets the woman in the window. Within hours, Mary Beth and Mark share their secret with her sister and his brother and begin a journey that takes them from the present day to the age of sock hops, drive-ins, and jukeboxes
Post a Comment
Read more

By Ericka June 07, 2019
Goodreads synopsis:  London, 2019. Life has been easy for Maxim Trevelyan. With his good looks, aristocratic connections, and money, he’s never had to work and he’s rarely slept alone. But all that changes when tragedy strikes and Maxim inherits his family’s noble title, wealth, and estates, and all the responsibility that entails. It’s a role he’s not prepared for and one that he struggles to face.   But his biggest challenge is fighting his desire for an unexpected, enigmatic young woman who’s recently arrived in England, possessing little more than a dangerous and troublesome past.  Reticent, beautiful, and musically gifted, she’s an alluring mystery, and Maxim’s longing for her deepens into a passion that he’s never experienced and dares not name. Just who is Alessia Demachi? Can Maxim protect her from the malevolence that threatens her? And what will she do when she learns that he’s been hiding secrets of his own?   I will admit I did have some kind of salty feelings going int
1 comment
Read more

By Ericka May 22, 2019
Hi friends! It has definitely been a long time that I have been active on my blog. I had to take a while to step away and explore other venues in the bookish community. I felt like the love of sitting in front a computer writing post was getting lost and I didn't want to force myself to continue to do something if I didn't love it. That makes the process boring and eventually the love of reading would feel like it is mandatory.  I took a leap and join the booktube community and I love doing it. I still post videos and have my monthly live show. Since the fall of last year I had been a blogger for Red Hot Books. I had always wanted to be a part of a team of bloggers. When I had got the position of associate blogger I was over the moon. Unfortunately, the blog is no longer active but it got me missing the blogging community. I love sitting in front of a camera and filming youtube book videos but I want to be active behind the camera too. For the sake of not having a long post I
Post a Comment
Read more